A umbral dragon and one of the lords of Scarwall

Belshallam, an Umbral Dragon, was one of the lords of Castle Scarwall. The Crimson Blades were alerted to his presence by the hag Malatrothe. However, their attempt to ambush the wyrm in his lair was foiled by a flock of gargoyle brutes, alerting the dragon.

During the battle that followed, the beast slew Irabeth’s beloved mount Princess and leeched the strength from much of the party with burst of dark fire from its fanged maw. In a battle in the skies, it was Ser Arlynn who brought the beast to its knees but Slim who struck the killing blow.

The stormy night after his demise, however, Belshallam rose again as an undead monstrosity and caught the party unawares within Sial’s bone house. The creature nearly succeeded in slaying Slim before being decapitated by a half-naked Ser Arlynn. 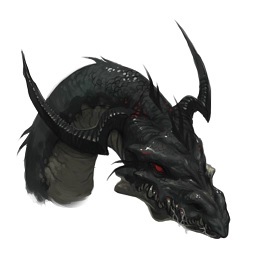