Stabbed by the jealous betrothed of another double

Younger brother to the late Commandant Marcus Thalassinus Endrin, Flint apparently lived for days on the streets of Korvosa. He used his frightfully accurate senses to shoot down messenger birds, disrupting communications and keeping city leaders from learning about the threat of encroaching forces from Magnimar.

The other Flint recovered some the stolen letters from the body, including a message from House Leroung promising support for his efforts. The body was then stored away. 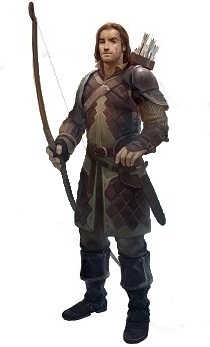