The Harrow Deck of Many Things granted Arlynn the loyalty of a single formian warrior, who follows her as if she were his formian queen. Should one warrior fall, another appears to take his place the following morning.

Though imposing against the average town guard, formian warriors are outclassed by the foes that the party has been regularly confronting. As such, Arlynn has gone through several warriors, despite her efforts to keep them off the front lines of battle. 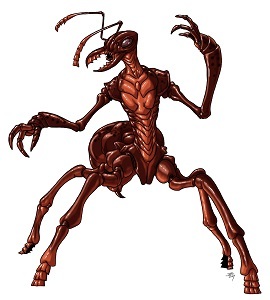