An exiled duke of Hell lurking in Korvosa

According to Ileosa, Lorthact is an exiled duke of Hell who has been hiding in Korvosa for years. While under the sway of the Crown of Fangs she bargained with him via his servant Sermignatto to gain the power necessary to conduct her blood magic ritual. In exchange for various infernal blessings, she signed over her soul and promised to him free reign in Korvosa once she is done with it. The party has since regained both copies of this contract.

The goddess Iomedae has named Lorthact the greatest threat currently facing the city. As a duke of Hell, Lorthact is just a few steps from godhood himself and has found a way to cloak himself even from divine sight.

The erinyes general Azeret told Nox that Lorthact is the evil power that has been influencing him, and so long as the infernal duke lives his hooks will remain in the fighter’s soul. Azeret also warned that Lorthact is systematically barricading Korvosa from the outer planes and making it impossible for other planar creatures to access the city without some preexisting toehold.

The powerful wizard Volshyenek Ornelos made a pact with Lorthact centuries ago and it appears the wizard continues to serve the infernal duke to this day.

The Crimson Blades exposed and confronted Lorthact in Ornelos Manor, where he was ultimately defeated by the combined efforts of Arlynn, Nox, Irabeth and Azeret. 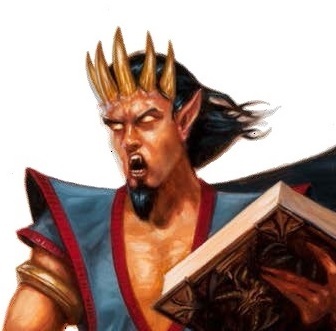