A young noblewoman with an angry streak

The eldest daughter of Lord and Lady Camppri, Lyyah is the heir to a third tier noble house in Korvosa that is aggressively seeking to become second tier. The Camppris made their money from the wine trade, but earned their noble title for military service during the Chelaxian civil war. The family relocated to Korvosa to escape the cutthroat politicking and have been trying to lay down roots as a martial household

Lyyah knew Flint in passing, but was surprised and touched when he abruptly approached her with a marriage proposal. (Touched in more ways than one, according to some).

However, after learning that he had made the same offer to two other girls and that he was building a reputation as a rake and a wastrel, a furious and insulted Lyyah took up her sword and marched down to Endrin Manor. She was not alone among the angry nobles gathered their seeing retribution against Flint, who offered the absurd excuse that clones had destroyed his reputation.

That excuse became less absurd when Flint managed to catch one of his duplicates. Infuriated at the man who had won and then betrayed her trust, Lyyah stabbed the clone through the heart—only to realize it wasn’t the double who had proposed to her.

She’s still angry at Flint, though she’s not sure why. 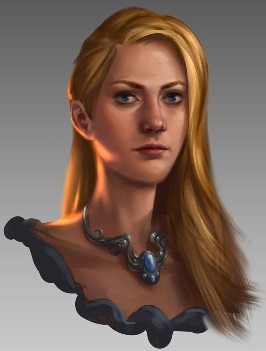