A tiefling student at the Acadamae

A tiefling student at the Acadamae, according to the Master of Whips he is in possession of the Book of Golgothus, a tome of forbidden knowledge about fiend-binding, conjuration, and the planes.

After being confronted in his dorm room by Arlynn, Maketh teleported away with the Book of Golgothus. The Master of Whips has scried him as having fled to Ornelos manor.

Documents found in his room indicate that Maketh was coordinating the dark ritual that would draw Korvosa into Belzeragna. Notes also indicate he had feelings for his fellow student Seska, who vanished with him. 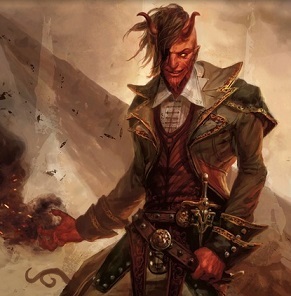