Eight centuries ago, this paladin of Iomedae led a band of adventurers on a daring surprise attack on Scarwall, the seemingly impregnable fortress of the sadistic blue dragon Kazavon.

The paladin slew the wyrm, but he and his companions were unable to destroy all of the beast’s remains, which still pulsed with its unholy lie force. Mandraivus dispatched his most trusted companions to hide the bones across the surface of Golarion so that Kazavon could never return.

The paladin himself and a few loyal companions remained behind to hold Scarwall, but they were soon overrun by the insurgent orcs of Belkzen. That was when the curse of Scarwall took hold…

During their investigation of the haunted castle eight hundred years later, the Crimson Blades ran across Mandraivus’ bones and his unquiet ghost. Driven mad from his centuries of imprisonment and infuriated by the sight of Arlynn’s holy symbol, the wraith of Mandraivus attacked and had to be destroyed.

Afterwards, the adventurers retrieved his remains and buried them with full honors at an overlook outside the castle, raising a hallowed shrine over his tomb. 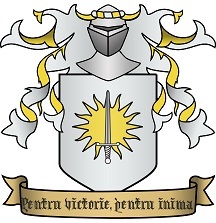