A Warboss of the Skullcrusher Orcs

A warboss of the Skullcrusher orcs in Belkzen, he brought his army to the forbidden Castle Scarwall after his scouts reported on the Crimson Blades’ activity there. The party struck a strange bargain with the orc, however. They would work together to cleanse the castle of its haunt and then leave the fortress in his hands, so long as he left the tomb of Mandraivus untouched.

The orc has so far kept up his end of the unusual deal. 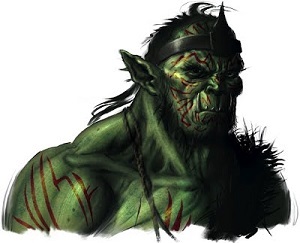