A sellsword, Marl was hired in Korvosa along with his partner Wirt to join in an ambush of a nobleman traveling south from Harse. When the nobleman, Lord Aquilos Nox, proved more dangerous than initially expected, Marl switched sides and helped Nox turn the tables on the ambushers.

Nox has put Marl on retainer as a bodyguard for the duration of his “mission” in Korvosa. During their trip to the city, Marl proved to be a surprisingly good cook. 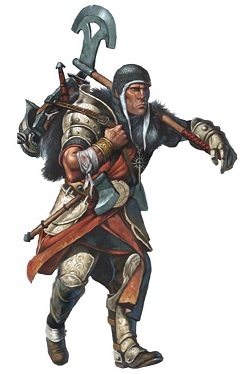