A dwarf with an easy grin and a peg leg, his dark beard caked with salt spray

Captain of a Korvosan Navy patrol skiff, Rogar was instructed by Sable Company to ferry the party to center of the Jeggare River for their diving expedition to the wreck of the Direption below. The dwarf made quite an affair out of it, setting up a plank for them to walk and having his men beat out a dirge on a drum.

He was less amused when they returned with the remains of the previous Sable Company expedition, as well as the sea hag that killed them, and a mysterious body dressed as one of the Queen’s Physicians. 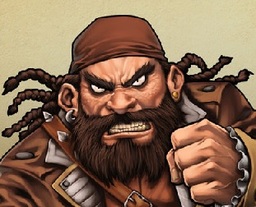