An ambitious student wizard at the Acadamae

An ambitious student at the Acadamae, Seska attempted to summon and bind a powerful retriever from the Outer Planes in order impress another student. She botched the spell, however, and had to be rescued by the Crimson Blades.

Arlynn managed to convince Headmaster Toff Ornelos not to punish the young woman with years of indentured servitude.

Arlynn encountered Seska again in Room 212 of Lemure Hall, where the girl was helping several students—including Maketh—fend off attacks from both devils and Bekyars. Seska urged Maketh to join up with Arlynn, but he refused. When the tiefling vanished, Seska was gone as well. 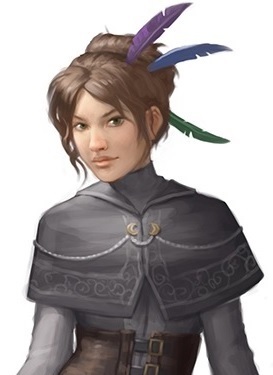