A worn yet strangely vibrant deck of hand-painted Harrow cards

Hand-painted images decorate this Harrow deck, the frames gilt in silver so that under lighting they sparkle and flash. Despite the worn condition of the card backs, the images on the faces are so vibrant they seem to move when viewed out of the corner of the eye. The deck itself handles with surprising ease, almost shuffling itself. A bent, torn, or lost card always seems to mend itself or reappear when no one is looking.

These features are subtle manifestations of the spirit that haunts the cards. In life, Zellara lived by this deck, and in death, she has become the deck. Zellara can sense the world around the deck via sight and sound, and she can communicate with anyone who holds the deck via empathy. She can create a major image once per day, often doing so to generate an image of herself manipulating the cards—in this manner, she can carry on conversations with other creatures. She can also identify a magic item’s properties if one of her cards is touched to it, as the spell identify, up to 3 times per day. When she does so, knowledge of the item identified manifests in the mind of one creature she chooses who is also holding at least one card, or she can opt to describe the item’s functions via a major image.

But Zellara’s greatest power comes from her determination to protect Korvosa, her home in life and in death. In order to attain this purpose, she can periodically perform powerful Harrow readings for those she has chosen as Korvosa’s defenders— the party. Zellara has already performed two Harrow readings for the group, which have helped prepare them for the challenges they face.

Zellara’s Harrow deck is currently in the possession of Zandu. 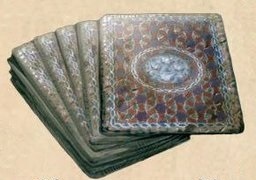