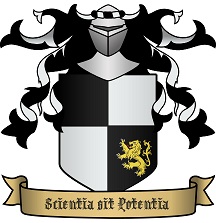 The ancient and esteemed House Leroung have long served Cheliax and its colonies as teachers, instructors, professors, scholars, and sages. To this day, House Leroung maintains extensive libraries in the three largest cities of Cheliax and controls both the University of Egorian in Cheliax and Almas University in Andoran.

They carried this tradition to Varisia when in AR 4488, Jessa Leroung founded the University of Korvosa. More than two hundred years later, the University has developed a reputation for greatness that attracts secular scholars from across Varisia and beyond.

While academia is a family passion, the Korvosan branch draws its wealth from shipping. The widespread practice of using halfling crews on trading ships was started by House Leroung in an effort to maximize profits. Today nearly half of all the ships belonging to Korvosa’s elite are halfling-sized ships built by House Leroung with halfling crews.

The family’s fortunes and powers have fluctuated little since its founding, and, although many of the younger nobles of the family gladly wade into the dirty politics of court life, the lord or lady of House Leroung rarely bothers with such things. Indeed, lovely Lady Eliasia Leroung, current headmistress of the University of Korvosa, is considered an ally by most other noble houses, including those at odds with one another.

Despite this apolitical reputation, Lord Telus “Flint” Endrin found a letter bearing the Leroung crest on the body of one of his duplicates, pledging to help the duplicate’s cause, which appeared to be undermining Korvosan security on behalf of Magnimar.