Ashla’s father was an Elf who was banished from his homeland for accidentally burning down a forest—hence the name “Blacktree.” Her father settled in the city of Kaer Maga where he met and married Ashla’s mother, an Ulfen woman. Ashla’s mother died when she was still growing up. Around the time she came of age, her father’s banishment was rescinded, allowing him to return to the Elves. But Ashla, raised in Kaer Maga, felt no connection to her father’s homeland and the two of them parted ways.

She spent several years working odd jobs and practicing petty thievery in Kaer Maga before she found her true calling. While investigating the disappearances of several people in her neighborhood, she ran across a former Duskwarden of the city who was hunting the cause of the abductions—vampires. The ex-Duskwarden took her under his wing and together they hunted the undead through the many dark places below the city, from sewers to catacombs to lost Thassilonian halls. Finally, they rooted out the main nest of the bloodsuckers. There were too many for the two of them to handle, so Ashla took a page from her father’s book and started an enormous fire. It was mostly contained to the sewers. Mostly.

After that, she decided it was a wise idea to leave Kaer Maga for a time and seek out other cities with restless dead. She passed through Magnimar, but saw little need for her talents there. From Magnimar, she turned east, finally ending up in Korvosa. 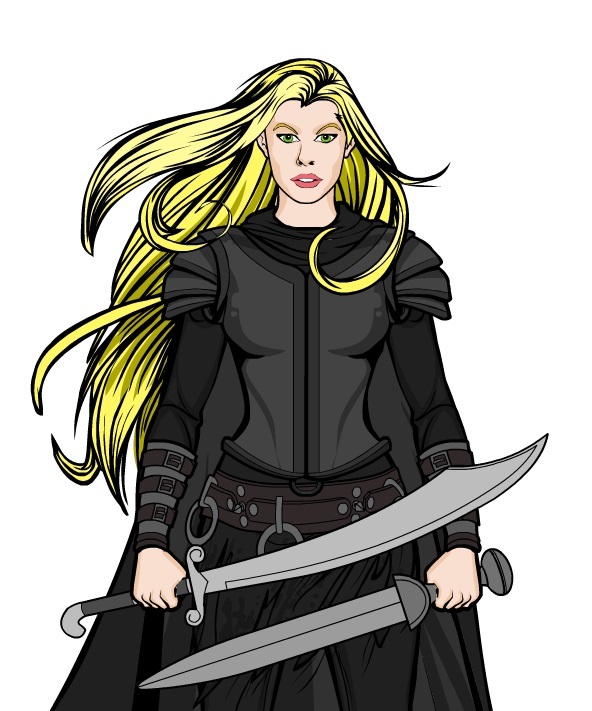