A tall, bald man nearing sixty, with bright eyes undimmed by the weight of his years

Alek Farima was once the Keeper of Arrows for the Bekyar Nation of southern Garund, but was persuaded by his late wife to turn against the Bekyar practice of slavery. This decision forced the family to flee far from the slavers’ reach, ending up in distant Varisia.

The father of Ser Arlynn Farima, Lord Farima maintains an estate north of Korvosa and remains connected to the trade networks of the Inner Sea. He rarely spends much time in the city, though he is always eager for the opportunity to see his favorite daughter now that she off questing as a paladin.

Lord Farima recently journeyed to Korvosa to warn Arlynn that their family’s Bekyar enemies have noticed her and could be coming after them. His warnings proved astute when they were ambushed by a trio of Bekyar riders who were hunting for Lord Farima but settled on trying to kill his daughter.

The Farima patriarch is presently working with the dwarf Harrad Stonebreaker to extend trade ties to southern Garund, through which he hopes to learn more information about the slavers’ movements. 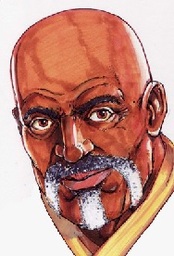