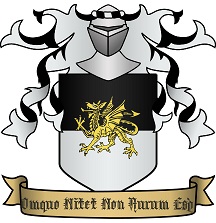 A member of the wealthy and powerful House Arkona. In the wake of King Eodred’s death, she convinced her lover Verik to desert the Guard and set up his butcher shop scheme. She gave him a silver dagger that turned out to be a disguised Raktavarna, a magical creature created by a Rakshasa.

Her cousin Lord Glorio Arkona told the party that Vimanda had gone missing since shortly after the King’s death. The Arkona family had been quietly searching for her, with help from Devargo Barvasi.

Glorio subsequently claimed that he had driven a rakshasa posing as Vimanda into the dungeons below his palace—unfortunately the same maze into which Vencarlo Orisini and Neolandis Kalepopolis had fled.

At her urging, the party emerged to confront the false Glorio. But things did not go exactly her way, as the confrontation devolved into a “he said, she said” flurry of allegations until Slim took matters into his own hands and stabbed her with his rapier of human bane.

After warning the party that their treachery had doomed them all to Glorio’s wrath, Vimanda revealed that the reason she had registered as evil and nonhuman was that she was secretly a tiefling. She fled the palace in frustration as the party ventured back below into the Labyrinth.

Vimanda returned a short while later at the head of a column of Gray Maidens who cut a swathe through the palace to confront Glorio—ironically distracting him from fighting the party.

Vimanda got the better of the struggle by all accounts and is reportedly the last Arkona standing in Korvosa, with dramatic repercussions for the balance of power among the nobles and within the Cerulean Society.

While officially supporting the Queen’s regime, Vimanda quietly played both sides during the rebellion. She now sits as one of the five nobles who will select Ileosa’s successor. Although long-rumored to be interested in the throne herself, she has shocked the city by instead nominating Cressida Kroft as her candidate for the next monarch. 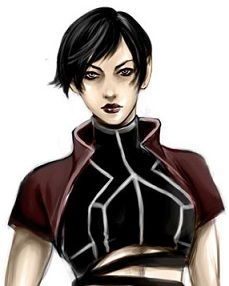